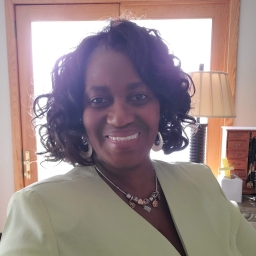 Evangelist Cassandra Davis was one of the founding members of Jesus Saves. She is our Bible Studies developer and instructor and also directs the choir. She worked for 41 years in the telecommunications and information systems industries.
In 2006, the Lord started her on a path away from her occupation to her vocation and she accepted her calling as a Minister for Him. After retiring in 2011, the Lord placed it in her heart to return to college, but this time for ministry-related studies instead of Computer Science which she had studied at Moraine Valley College and Roosevelt University. She also took several Bible Study courses through a Moody Bible College program.
Evangelist Davis was named Co-Pastor of Jesus Saves Missionary Baptist Church in June of 2011. Later that year, she enrolled at Indiana Wesleyan University and graduated Summa Cum Laude with a Bachelor of Science in Biblical Studies on April 25, 2015.

This free website was created with Grace Church Websitesand is sponsored by TicketNetwork.